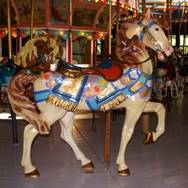 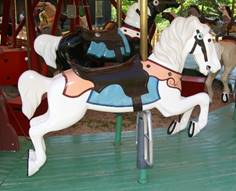 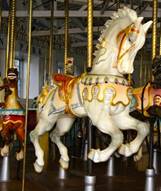 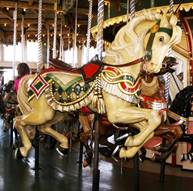 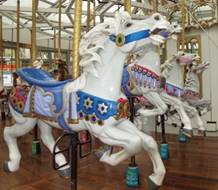 Many carousels are owned by amusement parks that charge a daily admission of up to $50.00. This is a heavy fee if one only wants to see and perhaps ride on a classic carousel. We have been granted complimentary admission for some parks, but others will not even respond to our requests. It is unfortunate that commercial amusement parks have acquired so many of these classic carousels, some of which are National Historic Landmarks, and are reluctant and even refuse to share them with the public for a more nominal fee.

The following states do not have any classic, pre-1930, all-wood carousels: Alabama, Illinois, Kentucky, Montana, Nevada, West Virginia and Wyoming.